Last October I held a hastily scheduled psychotherapy session with a teenager facing a disastrous start to her college career. When we met, she somberly shared that she was on her university’s radar for her uncontrolled drinking and had a coming court date for a disorderly conduct charge. Her parents wanted her to withdraw right away, but she had just started to make some solid friendships at college and was reluctant to go home. I saw her point, but understood where her parents were coming from: Given that she was clearly struggling, it was hard to imagine how she would handle the additional strain of trying to recover from her faltering start.

Every fall, I find myself in meetings like this one. Sometimes they’re with a teenage who slept through three midterms and is afraid to talk with his professors about how to set things right; sometimes with a student who is doing well academically but terrifying her parents with news that she is cutting herself or feeling suicidal. By the time they’re in my office, these adolescents are in a terrible position. If they haven’t already been sent home from college with heavy conditions for their return, they’re often calculating whether it’s better to drop out midsemester or to try to salvage some credits by taking leave at the end of the term.

When I ask about the events leading up to our meeting, I almost always get the same story: They spent their senior year of high school and usually several years before that hinting, if not sky-writing, that they weren’t ready to go to college. They were already drinking too much, missing due dates, or struggling to care for themselves in any number of ways. While I am sure there are examples out there, I have yet to see a student implode in the first year of college because of difficulties that arrived completely out of the blue.

In these meetings I can’t help but wonder, “Who thought it was a good idea to send you off to school?” But I get it, and not just the part about hindsight being 20/20. It’s not always easy to draw the line between typical teenage mistakes and a building meltdown. And most of us would choose to ride the current of sending our teenager to college over the sheer hassle of making alternate plans and the discomfort of explaining to friends that our child “just isn’t ready.”

Of course, the biggest barrier may well be the teenager’s own resistance to delaying enrollment. High school seniors who have secured and celebrated college admission are rarely eager to push the pause button. The drive for autonomy practically defines adolescence and it’s no small feat to bar that door. When offering counsel to parents in this position, I encourage them to say, “We want to support your plans, but we wouldn’t be doing our job as parents to send you away when you are showing us that you’re not ready to look after yourself.”

I’ve also offered advice on the university side of this problem while meeting with students in office hours as their psychology professor. To lend support without acting as their therapist I’ve developed an empathic, if well-worn, spiel: “There are things more important than school. Can you take some time off to address what’s making it hard for you to be here? The university isn’t going anywhere and you only get to do college once. Perhaps you could take a break and come back when you’re ready to make the most of this opportunity.”

Sitting with the young people who land in my practice, I imagine what one or two years of work or service would have done for them before heading off to college. The upsides of a gap year for all kinds of students have been documented and, to me, teenage years are like dog years: a year of maturation at age 18 is worth at least seven in later life.

Along with the benefits of a gap year we should also consider the stunning costs, both emotional and economic, of sending students to college prematurely. Taking unexpected leave from college can be humiliating and expensive. When it’s time to try again, students who transfer must disclose their dismissal or withdrawal from their first college, and they are almost certainly looking at options that would have been safety schools, at best, in their first round of applications.

Let’s not equate college admission with college readiness. The skills needed to graduate from high school and get into college have surprisingly little in common with those needed to manage, much less thrive, away from home in an undergraduate setting. There should be no shame in “taking time off.” On the contrary, we should admire the parents and teenagers who recognize that getting in isn’t the same as good to go.

Lisa Damour is a psychologist in private practice in Shaker Heights, Ohio, a clinical instructor at Case Western Reserve University and the director of Laurel School’s Center for Research on Girls. Her book about parenting teenage girls will be published by Ballantine Books, a division of Random House. Follow her on Twitter: @LDamour. 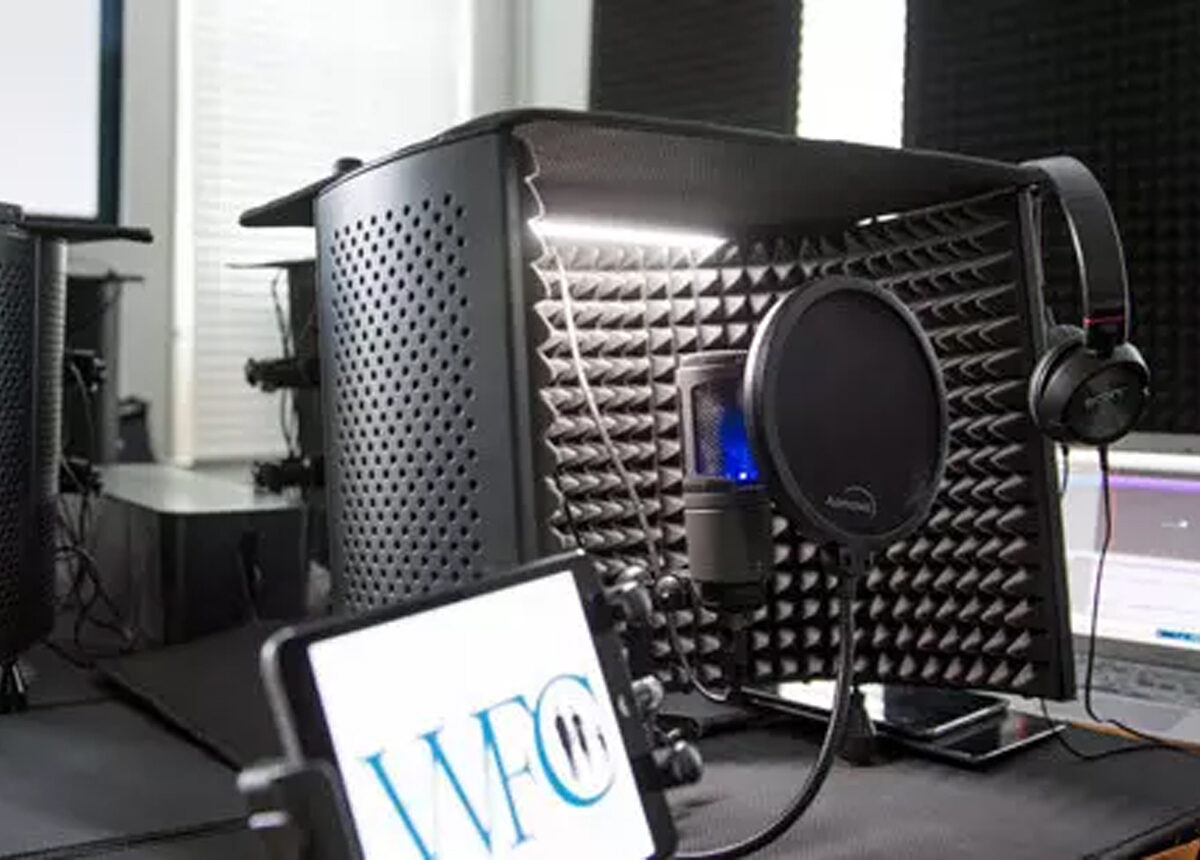 Nicholas Strouse talks with Vince Benevento and his colleagues who have formed a team to help young men who may have lost their way. Over the course of the podcast, they explore a crisis that many young men are facing: the inability to find an identity as a man, and an inertia that has stalled[...]
Read More 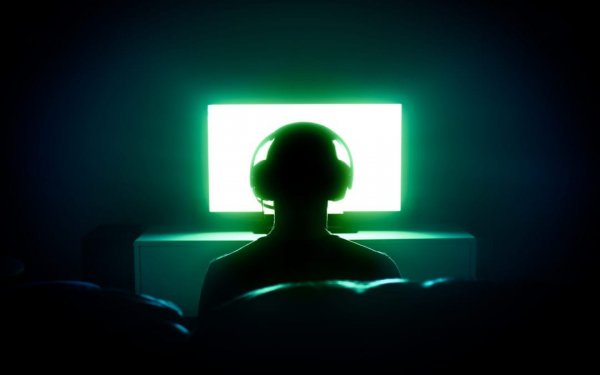 Kids’ Obsession with Fortnite is not an Addiction

The word “Fortnite” has rapidly inserted itself into almost every parent’s vocabulary in recent years, whether or not your son plays the game himself. When kids are spending so much time on one thing, especially a video game, it is normal for parents to worry, and it is common for video games to become the[...]
Read More 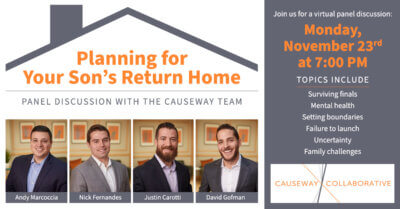 Planning For Your Son’s Return Home this Semester

Click the video to watch the Causeway Team discuss challenges associated with sharing your home with your son as he returns back from school. Topics include: Surviving Finals Mental Health Setting Boundaries Failure to Launch Family Challenges Uncertainty and more
Read More